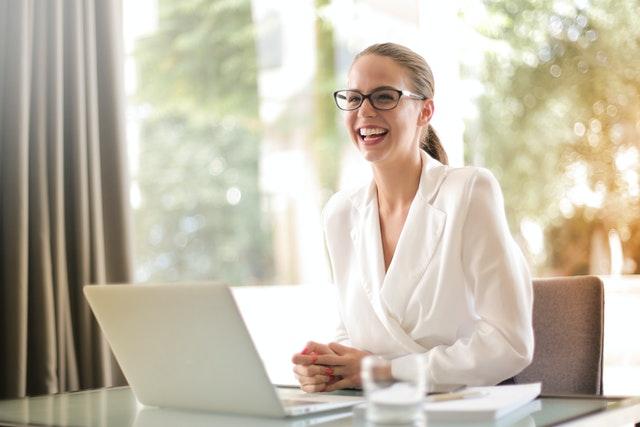 Photo by Andrea Piacquadio from Pexels

Although your views, experiences, and professional path all point you toward entrepreneurship, you're not sure whether you're ready for it.. The gains, both personal and financial, are undeniable, but so are the drawbacks.
You're probably aware that nine out of ten new enterprises fail, and that sobering figure should be enough to put a damper on your spirits.
A risk-taker, that's you. Your work history shows a relentless pursuit of achievement. As far as you're concerned, you don't appreciate the thought of being shielded from the world. Instead, you're looking for methods to make a difference in the world.


Entrepreneurs fall into one of four categories:

If that describes you, there are four basic sorts of entrepreneurs to consider. As you investigate, gather resources, and organize your abilities, ask yourself a few simple questions. Considering that the vast majority of entrepreneurs opt to start small businesses, this topic will be explored in great length initially.


1. Owner/Operator of a small business

By far, the most prevalent form of entrepreneur is a small company owner or operator. More than ninety-nine percent of all new firms are small or medium-sized organizations (SMBs).
There are several reasons why this sort of employment is enticing, but the most common argument is that it gives you more flexibility. Small and medium-sized businesses (SMBs) are critical to the health of the economy because of the large number of dedicated individuals who desire to be their own boss.

Owning your own business, on the other hand, comes with significant drawbacks. As a self-employed individual, you are generally the only one who can hold you accountable.

Having a non-negotiable quality like "hard worker" should be the major consideration before pursuing this as a professional goal. Be careful if you are not a self-starter before investing in a new company.

Am I actually a self-starter at heart? People who know me well may or may not agree with my self-evaluation.

Personality tests are available online for free, and some are even more comprehensive than others. You may learn a lot about yourself if you let yourself go through the process.

Of course, you will need money and a business strategy. Always keep in mind, though, that you are the most valuable resource you can contribute to any endeavor. In order for a company to be successful, it needs at least one dedicated, unflappable advocate.

The capacity to pivot and adapt to shifting situations is another important characteristic shared by successful SMB entrepreneurs.

If an imminent need for flexibility is met with entrenched opposition, the last several years have shown us what occurs. There were 3.3 million company closures between February and April 2020, which was the single largest loss of business owners in history.

This mentality of "We've always done it this way" is no longer acceptable in the 21st century.

In the face of developments you hadn't expected, what is my first reaction? Would you say that I'm a more emotional person than an analytical one?

You may still be a successful small business owner even if you have a strong emotional reaction. Your goal is to become more self-aware and accept whatever shortcomings you identify.

Let's imagine, for example, that you tend to react considerably more quickly than you reply. A self-policing strategy might be implemented to combat this inclination if you are aware that it exists inside you. Before reacting to unexpected situations, you just take a 20-minute stroll to calm yourself down.

Persistence is the last personality trait needed for a small company owner to succeed.

Many people are aware with the famous phrase of Thomas Edison, who adopted a different approach to his lack of rapid success:

You will, without a doubt, face difficulties and failures as a young business. As you go ahead, keep your vision in mind and change your expectations as necessary.

In the face of disappointment and irritation, ask yourself: How do I react?

Consider both the words being said and your own emotional reaction. Do you tend to get too protective of yourself? Is your first reaction to the claims to question them?

2. Changemaker in the Community

Finding a job that utilizes your skills while also making a good impact is the sweet spot. Being motivated by something bigger than one's own self-interest may keep one's zeal alive in the face of failure.

The Most Important Characteristics of a Change Agent

To be an effective agent of change, you must constantly challenge established norms and practices that practically everyone else appears to accept. This is particularly true when long-accepted habits come with a trade-off that results in substantial downstream consequences..

Think about it: What do I care about? What are the possibilities for making money while also making a difference?

Are you aware of any drawbacks to the industry in which you work? What are the most common complaints you get from your customers?

When confronted with situations that others would dismiss as "someone else's work," social entrepreneurs are more likely to pay serious attention.

Anticipate criticism, but don't let detractors stop you from pursuing your dreams of making a great impact. Forget about reading the comments, they scan through them, seeking for any glimmer of knowledge they have missed.

To put it simply, this sort of businessman has the ability to uncover value where others would fail.

3. Innovator in a Larger Organization

In the middle of their careers, many people find that working for a bigger corporation to influence positive change is a more practical alternative. Those who may not be able to take on the dangers of a sole proprietorship may find this route to be particularly enticing.

Working with the C-suite decision-makers to connect with a local charity, establishing a foundation closely associated with the company's goods and services, or offering other uses for resources that are temporarily inactive are all examples of possible innovations.

Large-Company Innovators have the following characteristics:

Spotting waste in any firm is a chance to either repurpose wasted resources or at the very least cut future supply orders, it goes without saying. A company with a strong entrepreneurial spirit is concerned about both the bottom line and the well-being of the community in which it operates.

In addition, a large-company entrepreneur will be equally adept at establishing connections with executives and workers on the production floor. This sort of innovator is distinguished by their proclivity for assembling a broad coalition of like-minded coworkers from around the company.

Ask yourself: Is my business creating a beneficial influence on the local community?? Which initiatives am I prepared to take the lead on?

To what extent may this company's income be increased beyond the creation of new employment and an enlarged tax base? When it comes to sustainability, affordable housing, and general living quality, does my firm already play a role in local efforts? What can be done to make these efforts even more effective?

Founder of a Large-Scale Business

With an established exit plan in place, this sort of businessman launches a new endeavor. In other words, their startup's success is only the beginning of a long chain.

After the introduction of the new company, the founders labor to strengthen the "mother ship." Potential investors who want to duplicate the original offering's success might do so by purchasing the initial offering. At some point, the founder may decide to sell their stake and go on to something else.

A scalable business should have a high profit margin, a large amount of unmet demand for the product or service, and a high level of interest from possible investors.

The most prominent example is seen in the region known as Silicon Valley. As money, attention, and demand rose, many of today's technological titans developed from the humble beginnings of a single garage or spare bedroom.

The Most Important Characteristics of a Successful Entrepreneur

Starting a large-scale startup is the most risky of all four forms of entrepreneurship. Competition is fierce and merciless, even if you have a brilliant concept that hasn't yet been fully realized.

It's hard to find a great entrepreneur that can think both right and left at the same time. Unless they do, they usually have a partner who has the specific skill set that they don't.

The first step is to ask yourself, "Do I have an idea for a product or service that might greatly enhance the lives of others?" If so, can it be said that I've come up with anything that's both novel and distinct? Where else may this principle be applied?

Are the personnel and resources available for me to carry this off? Are my coworkers ecstatic? So who's putting their money on the line right now? Do I have the fortitude to persevere in the face of adversity?

For firms that are capable of growing, the investment required in the beginning is often more substantial. The proportion of profit that a company makes should increase as it expands.

This is not to say that these four major categories of entrepreneurs are inflexible and unchanging.

When it comes to entrepreneurship, an employee of a huge corporation may one day decide to start their own company. It's not uncommon for entrepreneurs to pursue both goals at once. You may take any number of various roads toward business success as long as you're up for the challenge.

Begin with a thorough and courageous self-evaluation. Be honest with yourself about what motivates you.

Entrepreneurship is a grueling process that requires a lot of self-discipline and self-motivation.
May We Suggest… 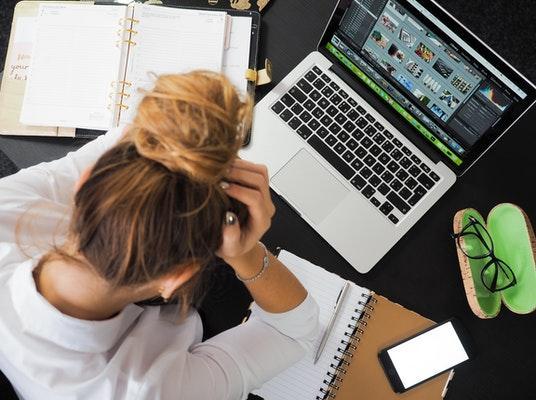 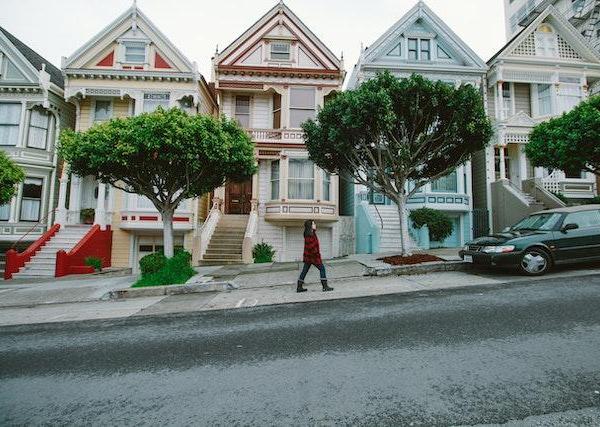 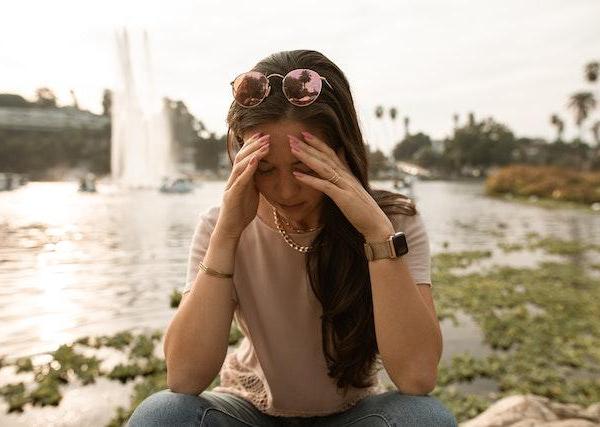